Worldwide Research role of leadership in integrating sustainability in core business and operations of companies – part 2. When you started in 1994, what were the main obstacles/challenges you had to deal with to get sustainability integrated?
“I joined the company in 1998, after the first wave of internal enthusiasm and external criticism. The main challenge was the external pressure. Ray was not exactly getting a round of applause and under constant negative pressure and publicity from Wall Street. We had to convince customers based on cost savings as shown by what we measured and benchmarked. In our business to business market, we have only seen our customers respond positively to our sustainability offer since about 2005 when global warming was taken as a given and sustainability went from fringe to mainstream. Once consumers responded then our business to business market did too. Many companies then adopted a sustainability strategy. That drove many companies to us because they wanted to buy more sustainably and particularly to find out how to become sustainable themselves. This movement was motoring in 2006 and peaked in 2007, until the crisis began to bite.
Companies then slowed down to the survival mode, but I expect the economy will pick up again soon and sustainability issues will be back on the table. Our customers (mostly blue chip companies and banks) will recover soon and will put weight behind these long term issues again.”

How did Ray deal with these challenges prior to 2005? Unlike many other companies I know, the hardest part is the internal struggle against cynics and people who don’t want to change. What about Ray how did he deal with this internally?
“What was really important was that Ray continuously and positively drove this issue. He kept providing the evidence and business case why to do it to the inside and outside world. The internal struggle was not really a problem thanks to Ray’s leadership. Unlike companies that I had worked for prior to coming to InterfaceFlor, environmental responsibility was a one pager signed by the CEO and was purely compliance driven and it was not considered competitive to waste your money on this kind of thing. But Ray put environmental sustainability at the core of the strategy. It was put in everything. I had to get used to it but saw that most people embraced it. Ray gave his senior management permission to experiment and said he wouldn’t fire them if it didn’t work out. He challenged them to make proposals which would make or save money. This gave people lower in the company the opportunity to spend some time off the production line and think about doing something for the environment. The majority was happy to try something new and be part of a bigger mission. They thought of ways how to reduce waste, material, water usage, carbon emissions and energy etc. Asking their ideas also meant managing the outcome of over thousands of responses. It was a challenge to manage this well and to avoid de-motivation. As senior management, we spent the first years internally focussed and managing this flow, selecting, giving resources and implementing the good ideas. Factories and businesses competed with each other and Ray was a great leader in rewarding the best ideas during our annual competitions. It paid off as we made $405 million cost savings!”

What were other critical success factors to get sustainability integrated into the core business and operations of Interface Flor?
“Measuring ‘sustainability’ performance turned out to be essential for us and it helped making it part of the culture. The QUEST system is a numerical system that helps make ideas reality and measures the progress against the year before. It can also compare the progress in a factory in Thailand with the plant in the California. Also each person with a good idea needs 5 others who support it as well. The system started in 1996 but it’s still running! I believe that because most people want to do the right thing and measuring helps making it happen and make progress. It’s not just about bonuses. It’s gotten harder because the low hanging fruit in the first years was easy, but people are still actively engaged. As of 2005 we started to all get on the soap box to talk about it and to use our influence instead of just Ray. We started with the training system of sustainability ambassadors and also gave people media training. Above all you need successes and you need to communicate about them to keep the process going!”

Going back the beginning of this process, how did Ray deal with those who resisted change? And what can you advise other companies on getting people internally on board?
“Ray basically said as of 1994: “I have read the book (Hawkens), seen the signs, we have to change. We have decided we have to be the first and we have to set the pace and lead by example.” People took the signal from Ray, knew they would be measured by the QUEST system and then looked for ways to do it. Of course some people left and some were told to leave, since you can’t have a negative force because that’s de-motivating. Most bought into it though. The business case wasn’t that difficult to understand since it relied on oil, which would only get more expensive. The company was able to insulate itself enough from the outside criticism and lack of round of applause because internally there were great successes like savings per year of $50 million. People who are neutral are not the problem. The odd cynic need not even be a problem because he keeps you honest. What you need is an open mind and not someone who sticks his head in the sand.”
“Some companies think it’s easy for us to get a sustainability strategy passed through our board, but it’s not! Some of our biggest sustainability initiatives like developing a new recycling plant just got through 3 to 2 with my casting vote. The projects are tested as vigorously as any other initiative. At the end of the day, I have to report a profit.” 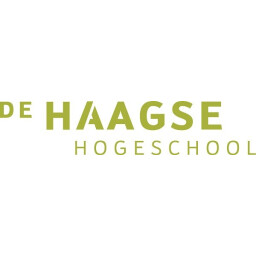